Room for one more 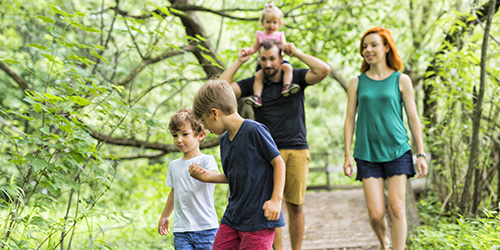 “My house” says 6-year-old Ryan as the Davidson family pulls into their 5-acre Central Coast block. Hearing those words was a wonderful moment for foster carers Rosanna and Colin, especially as this sense of belonging had not come easily for Ryan.

“Ryan has always been very affectionate,” explains Rosanna. “But when he first came to live with us, he needed a lot of reassurance that he wouldn’t be sent to another family. If we were out and about, he would think it was okay to wander off and talk to strangers. As he became more settled, he would run back to us to make sure we were still there. Now he sees us very much as his family and doesn’t run off at all.”

Every child deserves an equal chance

Rosanna and Colin feel very strongly that children who have had an unlucky start in life are just as deserving of having a stable and loving home. Before being placed with his first foster family, Ryan had been virtually raised by his sister, only a couple of years older. Although they still see each other, she has been placed with another family so that she can experience a more carefree childhood without slipping back into “mothering mode”.

“We noticed when Ryan came to live with us that he often shadowed our biological son Harry’s behaviour,” says Colin. “I think having Harry there, who is two years older than Ryan, helped Ryan’s development. He is on an NDIS plan which Challenge Community Services manages, and we have noticed steady improvement. The boys do have their sibling arguments but that’s all very normal! Most of the time they get on well and love to race around outside on their bikes.”

Nurture and nature – it’s love that binds a family

Rosanna and Colin always knew they wanted more than one child. After they had Harry, they looked into the possibility of fostering. “We felt we had a lot to offer children in need,” says Rosanna. “It didn’t matter to us how we made our family or whether we had boys or girls. It’s love that binds a family.”

Rosanna has found that sometimes people don’t understand the strong attachment carers develop with their fostered children. “Sometimes people do say being a foster carer is somehow not as good or real but it just shows how little they understand. As a foster carer you’re with the children all the time. You comfort them when they have a nightmare, you patch up their scraped knee and wave them goodbye at the school gate. You worry about them just the same.”

Rosanna and Colin respect that the children in their care have biological families who have strong ties with the children, and they understand the importance of maintaining these connections when safe to do so. “The truth is, we love all the children as if they are our own. It’s really hard to explain that feeling if you haven’t had the experience of caring for someone else’s child. It’s like a biological parenting instinct even if the children don’t share your DNA.”

Rosanna and Colin now have a family of three – two boys and an 18-month girl who was placed with the family when she was 9 months old. But maybe, just maybe, there is room for one more.

You can find out more about foster care and how to become a foster carer with Challenge by calling 1800 952 417 or email fostercare@challengecommunity.org.au.